Mahatma Gandhi once said, “When I despair, I remember that all through history the ways of truth and love have always won.  There have been tyrants, and murderers, and for a time they can seem invincible, but in the end they always fall.  Think of it- always.”  In saying this, he did not necessarily mean that goodness always overthrows evil or that darkness is immediately overcome by light; rather that goodness will always eventually overcome evil.  Gandhi’s struggles with the British empire are a testament to his creed, he pressed for civil, stoic, quiet, and proud resistance to the British.  In a more abstract way of describing it, Gandhi believed that the moral strength of a people will always overcome the indiscretions of their nature.  Humanity has been around for a long time.  A really long time.  We’ve had some of the greatest rulers of all time and some of the worst villains to ever pilfer control by sneaking an army into a capital.  For all our struggles, somehow mankind has survived.  Through the brinksmanship, the bloodshed, the dehumanization, and the backward steps we have always managed to resurface bruised and battered, but unbowed.

Mankind’s resilience is our strength, our history is a testament to it.

In our checkered past, there have been a host of rotten apples that reached the highest degree of power.  Here are two of them, neither the worst nor the best, laid out with particular focus on their faults.  Each has merits of their own, but the merit is for another day’s research. 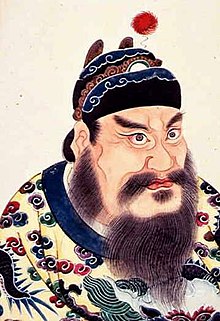 The first emperor of the Qin dynasty in the late 200s BCE, Shi Huang is known for unifying China, pressing to create the first part of the Great Wall, desperately seeking the elixir of immortality (some people just can’t give up the seat of power), and for burying himself in one of the most famous tombs of all time surrounded by thousands of terracotta soldiers.  Why Qin Shi Huang makes the list for tyrants is for his famous disagreement with scholars.
In 213 BCE, Huang’s head adviser Li Si proposed that the emperor ban all history books that did not follow Huang’s philosophy of legalism were to be burned, and that any scholar discussing the books was to be executed.  Satire and poetry were subject to extreme repression, and any officials who did not burn or execute the law within thirty days of it being created were branded as criminals and were sent to the Great Wall to work on the ancient chain gang.  After a run in with a pair of treacherous alchemists later in his life, Huang went further in his repression of academics and scholars by burying some 460 alchemists alive and banishing an untold number more.  Truthfully, our knowledge of the Qin dynasty’s founding stories are likely apocryphal, but in most parts of human history the repression of academics is a troubling sign for a nation.

The Roman emperor Caligula was literally insane.  He didn’t start out that way, but by the time he got shanked by the Praetorian Guard he was quite touched in the head.  Nicknamed Caligula, meaning “little boot” because of the miniature soldier uniform his parents dressed him in before their untimely demise (sometimes when your parents get killed you become batman, other times you become the worst Roman emperor of all time), Gaius Germanicus was the son of a popular Roman general and nephew to the emperor.  After the death of his father and banishment of his mother, Caligula was adopted by the Emperor Tiberius and was allowed to indulge his basest instincts to the maximum degree.  Caligula put on orgies, fawned over executions, and purportedly had incestuous relations with his sisters, all before he was twenty-five.  Tiberius is to have said, “I am nursing a viper for the Roman people.”
When Tiberius finally expired in 37 CE, Caligula took the throne and repealed a number of his adopted father’s more unpopular measures, freeing political prisoners, undoing taxes, and putting on gladiator shows and chariot races.  Six months into his tenure as the Emperor of Rome Caligula got sick, and when he recovered something was not quite right.  He started to break from social norms, built a bridge from the palace to the temple of Jupiter so he could personally enter whenever he pleased, and executed political rivals (forcing parents to watch as their children were off’d).  Then stuff got weird.
By 41 CE, Caligula had gone off the deep end.  He sent an army to Britain, but stopped them on the beaches and ordered them to collect seashells, he hemorrhaged money on his orgies and food (some stories say he would drink pearls dissolved in vinegar and roll about on piles of gold), demanded to be treated like a god, and declared that his favorite horse should become a consul (this one may have just been a rumor at first, but by the second historian’s telling of it, Incitatus the horse’s consulate was a dyed-in-the-wool fact).  One story tells of him demanding that Roman merchants constructed a 2 mile long bridge out of boats so Caligula could ride his horse back and forth on it.  The Romans were done with his nonsense by January of 41 CE, so a conspiracy of guards, senators, and cavalry troops met up and stabbed him, his wife, his daughters, and probably his horse.  His biographer dryly noted that “Caligula learned by actual experience that he was not a god.”

The strength of the story of history is that we know that we shall overcome.  We are hard pressed to find examples of wrongs that are eternally set in stone and wrongdoers who escape the overwhelming weight of time.  Remember, justice may not be swift or loud, but it is inevitable